Two of the still-in-hiding members of Pussy Riot, Fara and Shaiba, who escaped arrest after a protest in February 2012 where three of their fellow members were arrested and imprisoned after five members of the group staged a performance on the soleas of Moscow's Cathedral of Christ the Savior. These two left Russia fearing prosecution.

Pussy Riot is a Russian feminist punk-rock collective based in Moscow. Founded in August 2011, it has a variable membership of approximately 11 women ranging in age from about 20 to 33, who wear brightly colored balaclavas and use only nicknames during interviews. They stage unauthorized provocative guerrilla performances in unusual public locations, which are edited into music videos and posted on the Internet. Their lyrical themes include feminism, LGBT rights, opposition to Russian President Vladimir Putin, whom they regard as a dictator, and links between the leadership of the Russian Orthodox Church and Putin. 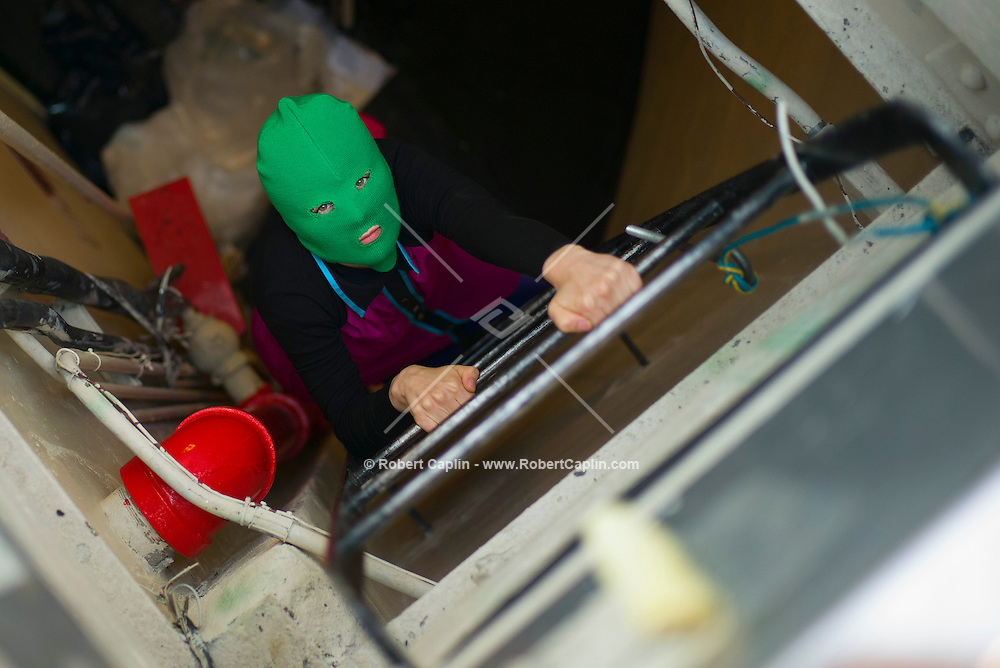