Jeffery Hillman is the barefoot homeless man who was photographed last week as a police officer give him a pair of boots outside the Skechers store on 42nd St in Times Square. The photo has gone viral on the internet praising the officer, but Jeffery still lives on the streets and claims to have hidden the boots out of fear he would be robbed if people saw him wearing them. He also presented the photographer a veterans ID card and claims to have two children in their early 20s. ..Photo by Robert Caplin.. 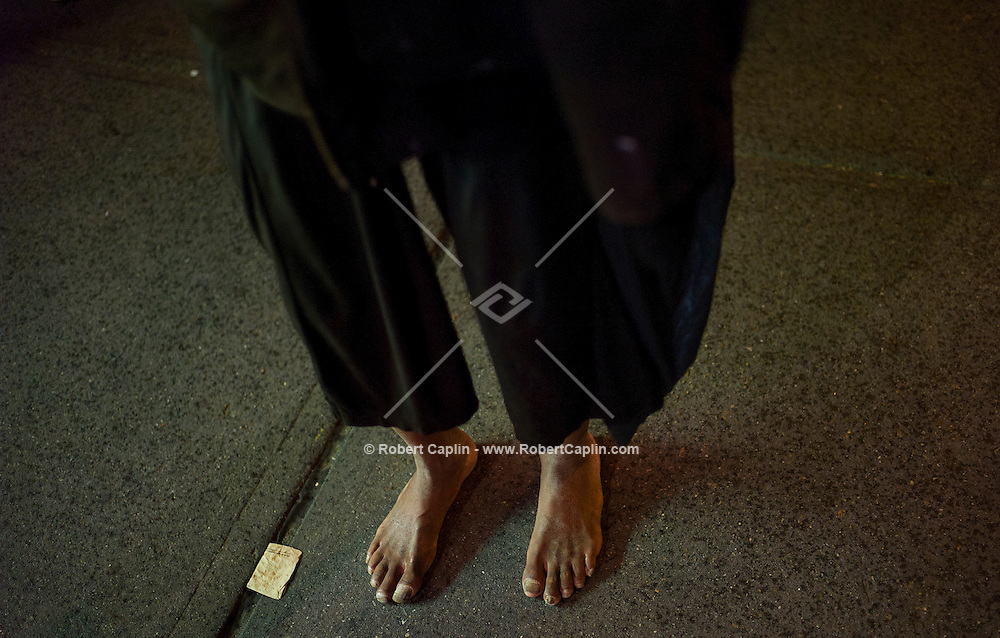