Kelly Choi, host of New York public television's TV show "Secrets of New York" stands in for a lighting and camera test prior to a shoot in Long Island City, NY, Friday, May. 26, 2007. New York public television has reinvented itself over the last two years, marketing itself as the city s hippest television, with shows highlighting bands, bars and neighborhoods. Public television stations across the country are hoping to follow its lead. The station s latest hit, Secrets of New York, delves into the city s hidden mysteries. The show has been picked up nationwide and won a host of Emmy awards. 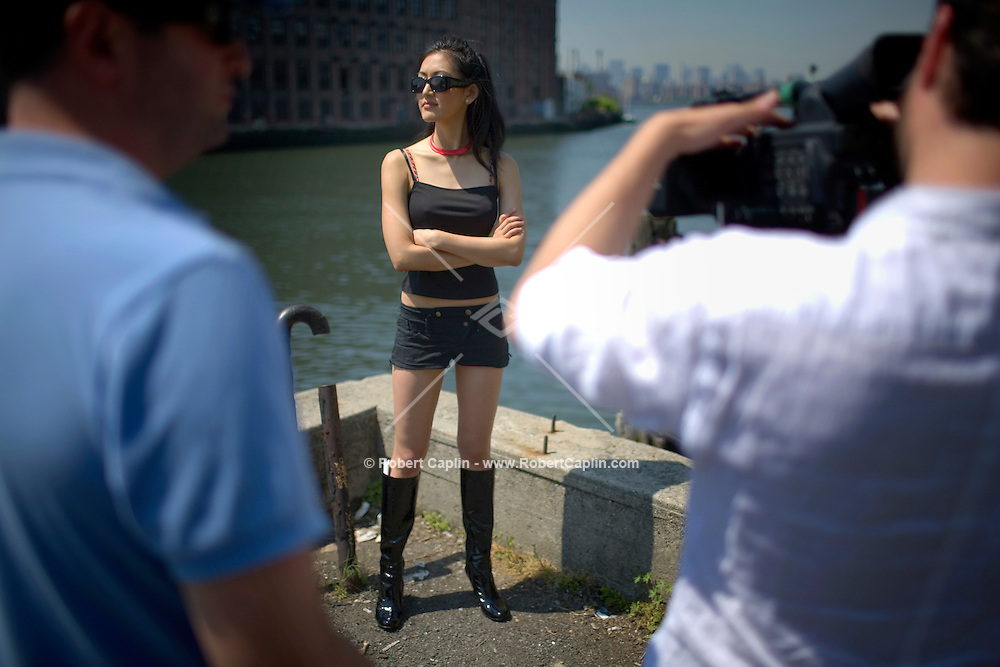