Dominick Zollo, retired school teacher protests. Teachers from Bronx Science High School, along with the Teacher's Union, hold a protest outside Mayor Michael Bloomberg's house for the city's failure to transfer an assistant principal out of the school, even though an arbitrator recently found evidence she has been harassing the math department. They might also be protesting the generally unhappy and rigid environment at Bronx Science over the past several years...Photo by Robert Caplin 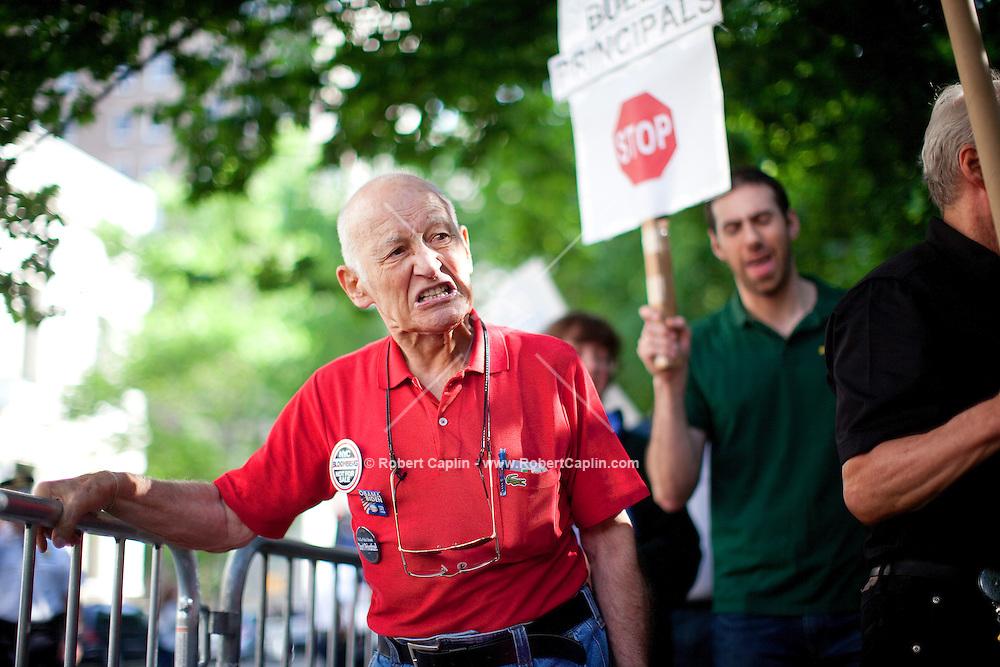